In summary the Mobile Legends Bang Bang is practically a mobile version of the famous League Of Legends where you buy or acquire your heroes, assemble a team with 4 more people and fight real opponents online in 5v5 mode, that is, 5 against 5 in one arena divided into 2 equal parts.

The main objective of the game:

In theory the main objective of the game is to destroy the enemy team’s Nexus (main tower) which is protected by towers, minions and the players themselves.

The complexity of the game:

With lots of options for coins, skins, coats of arms, sweepstakes, diamonds, tickets, events, etc and etc … If you are not used to this style of play you will probably be very confused at first.

However, to start playing just understand the very basic features that are chat, adding friends, ranking, heroes, arenas and skins.

As I said at the beginning of this post, the main objective of the game should be to destroy the enemy’s main tower (nexus) thus conquering its territory However, if you want to follow that goal and play with a little more strategy, you may have some more difficulties.

You will probably have to invite friends with the same intention as you, assemble an engaged team and pray that opponents want to follow the objective of the game and not be glad for no apparent purpose.

Another element that prevents the use of more elaborate strategies during the match is the system of punishments. A system that should be the solution to some problems ends up defining some rules that hinder the use of strategic creativity, punishing you for slightly weak participation < / span> if you are not happy often and focus more on the primary objective, having a smaller participation in TFs (Team Fights) as shown in the image below.

This ends up discouraging some more strategic players as I could see in comments on social networks that say: If the game is just for < strong> if you fight , create an arena of all against everything if ready !

Found on official game website and in the application stores of your operating system, the app in the version updated on August 21, 2020 was approximately 99mb in size, but the game is much bigger than that .

The game is relatively heavy and large that will consume almost 3GB of space on your cell phone / tablet distributed as follows:

With the texts already translated into some languages, the game also features some characters who have dubbed in Brazilian Portuguese.

Do you play, or have you ever played Mobile Legends: Bang Bang, or similar? Leave your tips, suggestions and impressions about the game in the comment form below.

Want to know the section with tips, tutorials, information, reviews and game downloads from the portal? CLICK HERE. 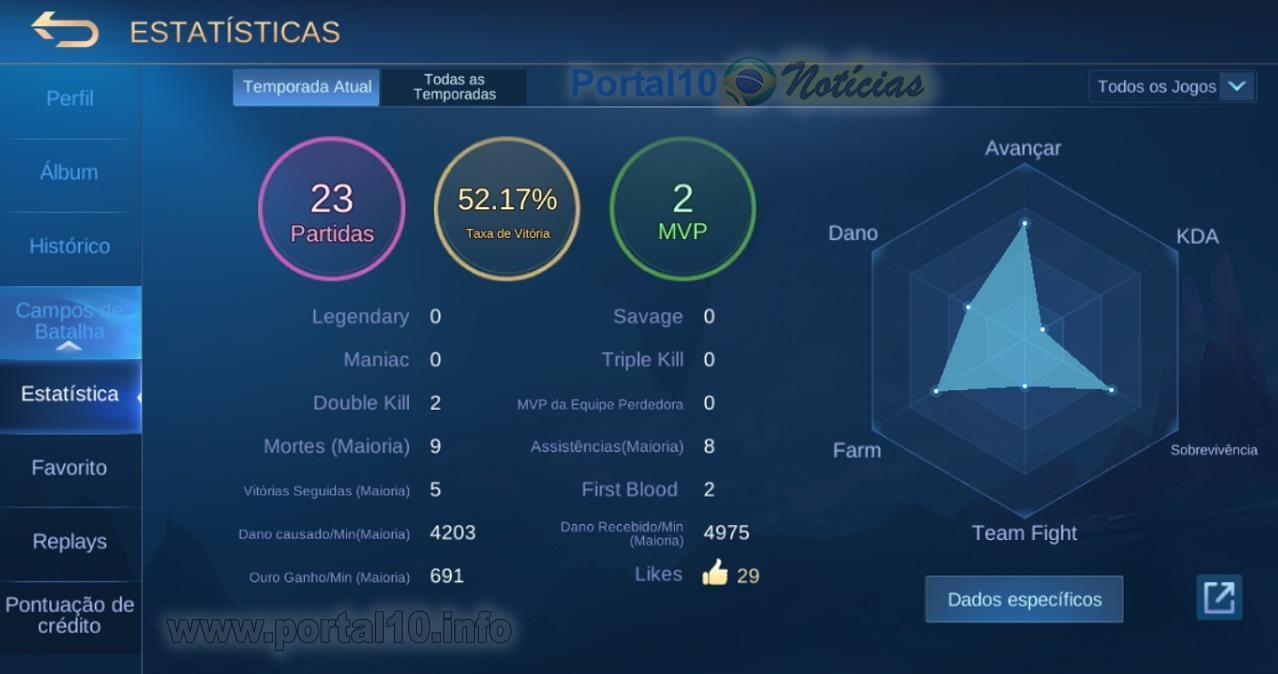 User Rating: Be the first one!

This is how Vote buying votes begins: Want to win a candy?

Health professionals ask for care in the disposal of masks / PPE

Health professionals ask for care in the disposal of masks / PPE

No comments to show.